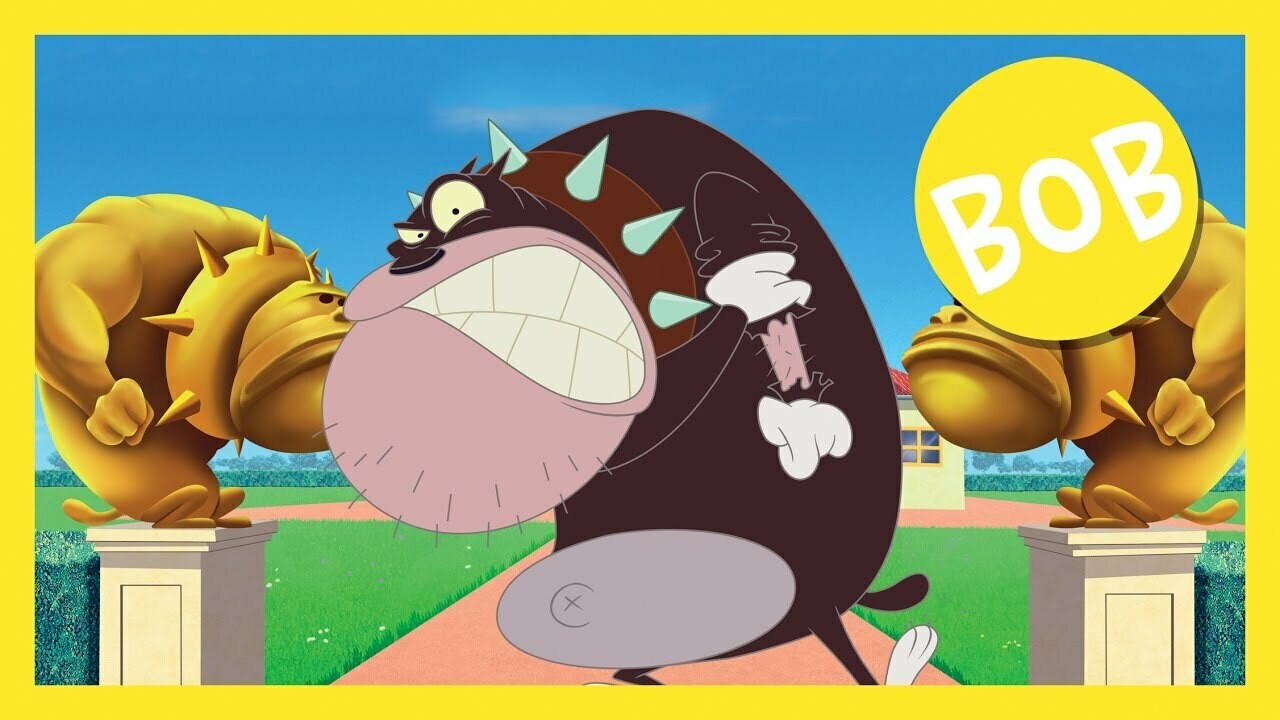 Bob is a dark brown skinned dog with a gray tummy and a normal belly button, a large chin and a spiked leash (without a handle). He's a very strong, fierce bulldog. In his first appearance, his tail was a bit bendy. However, as of Heatwave and Under the Sun, it was changed to a stub.

Oggy's huge neighbor dog - though he's not mentioned in the opening credits – is one frequent star in the show. While Bob tries to live his life as quietly and calmly as possible, the next-door racket usually results in destruction of his property, for which he typically responds with pummeling one of the cats. This mostly happens off-screen. He tends to switch locations from Oggy's house, usually on the left side and across the road. Bob will sometimes befriends the cockroaches against Oggy, though sometimes is vice-versa or he turns enemies for both characters.

He is also known to like boxing and it is very obvious that Bob is very strong.

In season 4, he becomes friendlier to Oggy and Jack, with some episodes involving the three of them goofing off together.