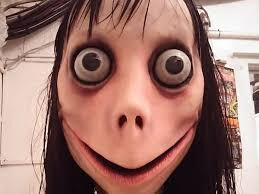 She has legs to and can be removed thats why 2 in 1 you can remove her leggs and use her as you want to make horror gameplays of gta v more interesting
see below videos to see how it looks in Game.

The "Momo Challenge" is a hoax and an Internet urban legend that was rumored to spread through social media and other outlets. It was reported that children and adolescents were being enticed by a user named Momo to perform a series of dangerous tasks including violent attacks, self-harm and suicide.Despite claims that the phenomenon had reached worldwide proportions in July 2018, the number of actual complaints was relatively small and no law enforcement agency has confirmed that anyone was harmed as a direct result of it. Concern and distress registered by children was primarily driven by media reports rather than as a result of "Momo", leading children's charities to view warnings against the alleged phenomenon as causing more harm than good by leading to a self-fulfilling prophecy which may encourage children to look up violent material on the Internet.

The challenge was reported to become "a worldwide phenomenon" in 2018 after an Indonesian newspaper reported that it had caused a 12-year-old girl to kill herself. Awareness grew in February 2019 after the Police Service of Northern Ireland posted a public warning on Facebook, and American media personality Kim Kardashian posted on her Instagram Story pleading for YouTube to remove alleged "Momo" videos.The challenge has (or claims to have) existed in the United States, Canada, the United Kingdom, Ireland, India, Pakistan, Luxembourg, Belgium, Iran, the Philippines, France, Indonesia, Brunei, Hong Kong, Spain, Portugal, Mexico, Colombia, Chile, Argentina and Australia.